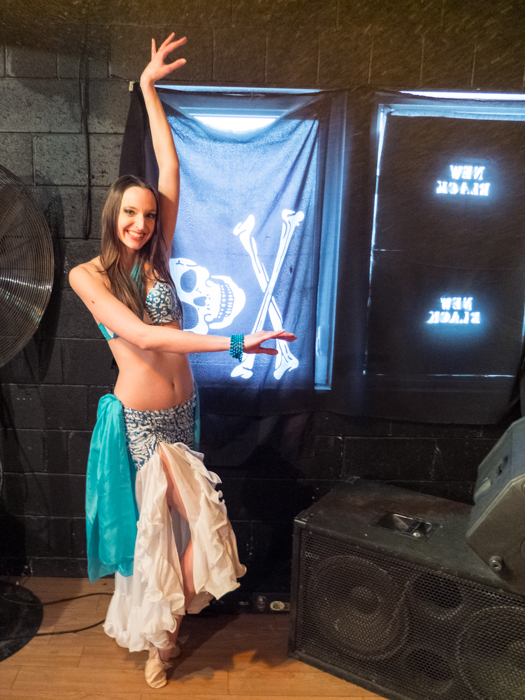 A looooooong time ago, I was introduced to a Calgary band called the Plaid Tongued Devils, who were an interesting mix of punk, rock, gypsy, Klezmer, and ska. I WAS IN LOVE. I have used their music numerous times for bellydance solos, and never miss them when they play here. Through the years I’ve become friends with the whole band, and my friend Cassandra has this same relationship with most of them.

When I heard they were filming a music video (which they NEVER do) and looking for people to be in it, at first I thought it wouldn’t work out. It was on a Sunday and I didn’t want to justify the drive… even though they wanted bellydancers for it. After thinking about it for 24 hours, I felt sick thinking I’d miss the opportunity so I asked Cassandra if she could come and she was in!

We had a few scares this wouldn’t happen. Their venue fell through a week before, and they only secured a new one a couple days before filming. THEN IT SNOWED. Luckily the roads were totally clear by the time we had to go and we missed a small snow storm in Lethbridge for our beautiful sunny trip!

As we arrived we were greeted by lots of hugs from the band, who were all amazed we would bother driving 2.5 hours just for that. The crowd who showed up were really awesome, friendly, and quirky and it was such a welcoming environment. 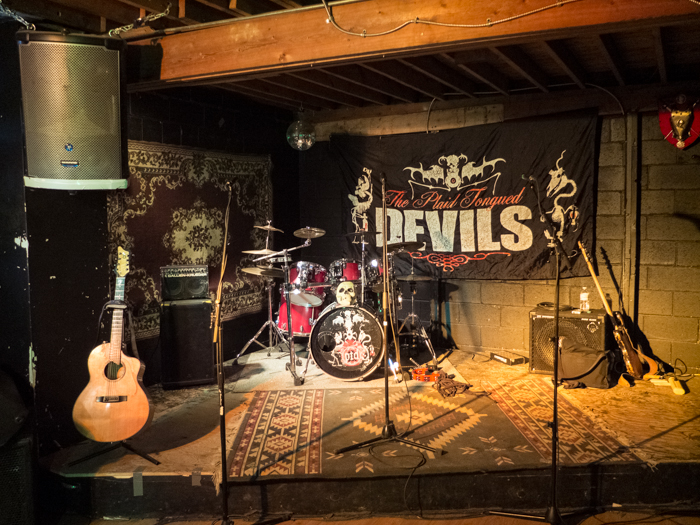 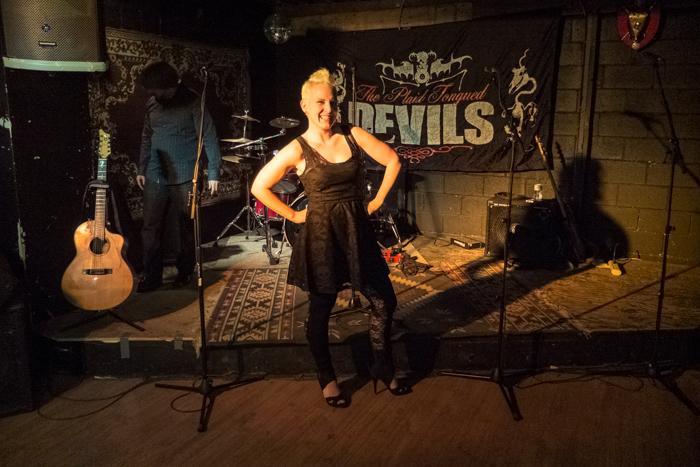 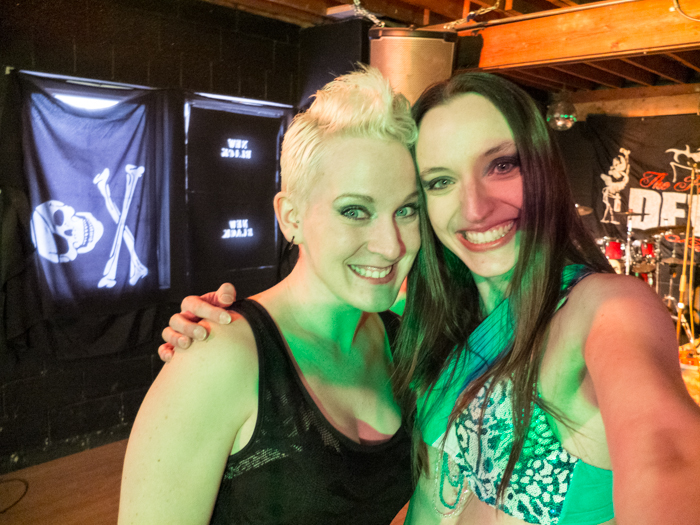 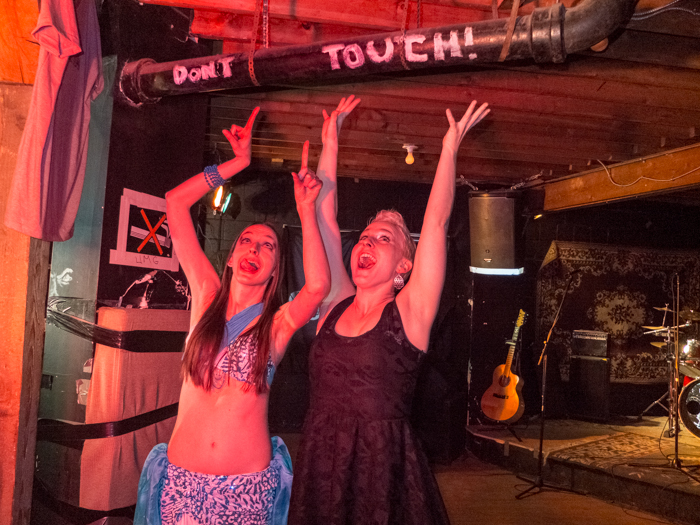 Just before they filmed Whitney’s scene, Ty showed her how to dance like a tripping hippie girl. I could barely take this photo I was laughing so hard. 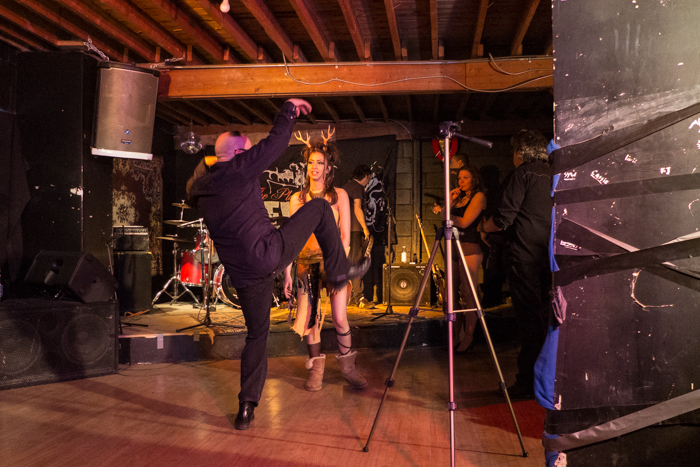 As I mentioned above, the main reason I went was to take part in the bellydancing scene. Originally it was supposed to be filmed later, but when I arrived I was told to costume it up immediately. I had really hoped it wouldn’t be so soon because it was cold outside and I needed time to warm up! I shimmied around for a while and that mostly helped so I felt okay by the time we filmed. They had a decent change room set aside for us, which was a nice surprise as I was expecting a bathroom.

Our little part was choreographed by a local instructor, Liv, and I was happy to meet her because I spoke to her over email a long time ago but never got to meet her face to face! (I photographed a burlesque troupe she runs, but she had been out of the country then.) 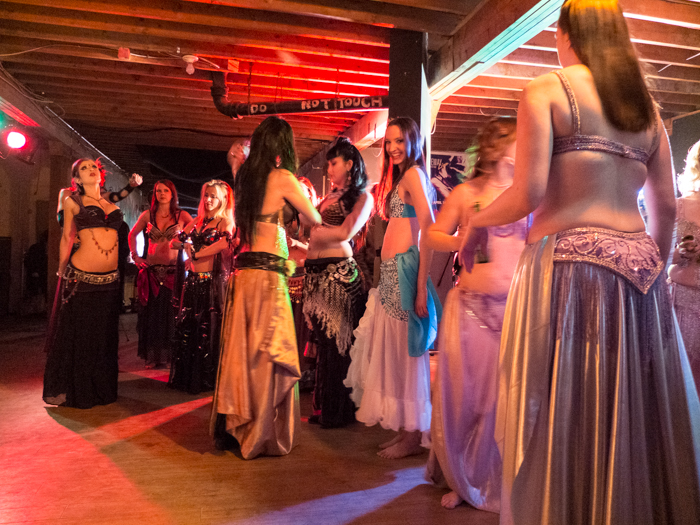 I loved the variety we had in bellydancers (traditional, tribal, and everything in between). 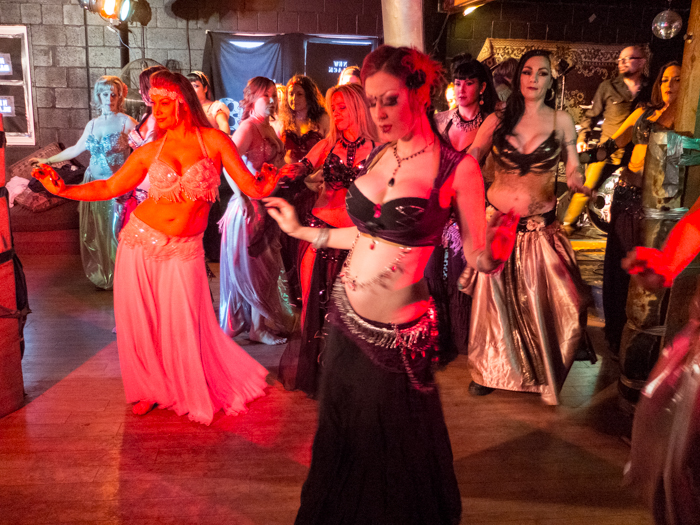 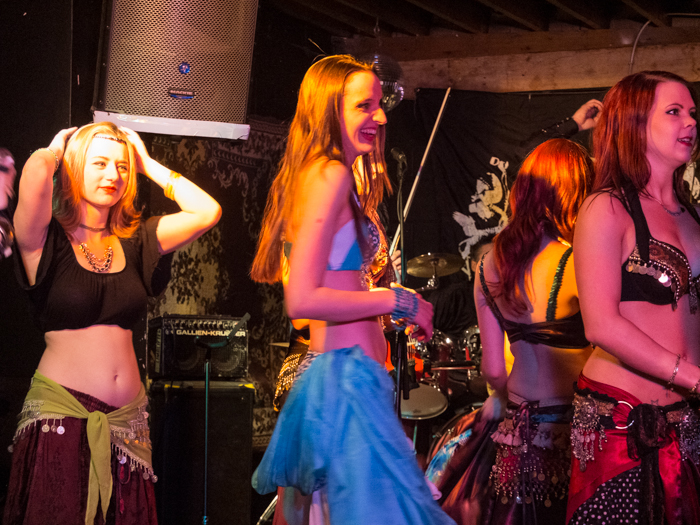 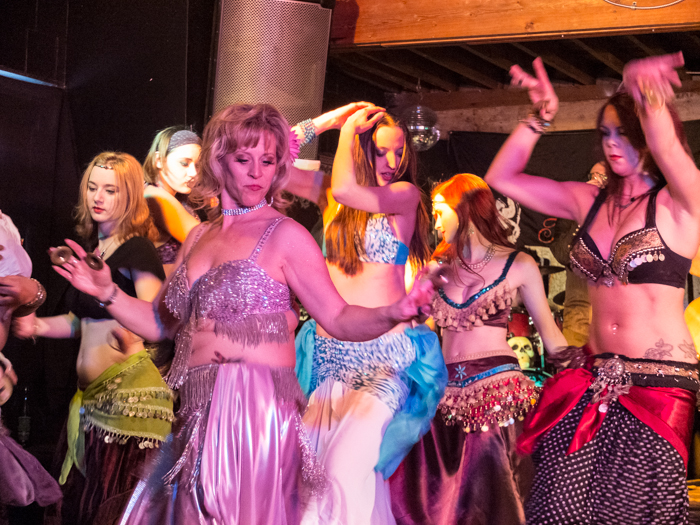 After a few takes, we changed into our “sexy street clothes” and got ready to film the crowd/party scenes. Later on, Ty said he wasn’t expecting everyone to dress “so sexy” and people commented that he should have known better considering the people he is friends with! There was such an awesome diverse crowd there, which really reflects what a large audience they appeal to. 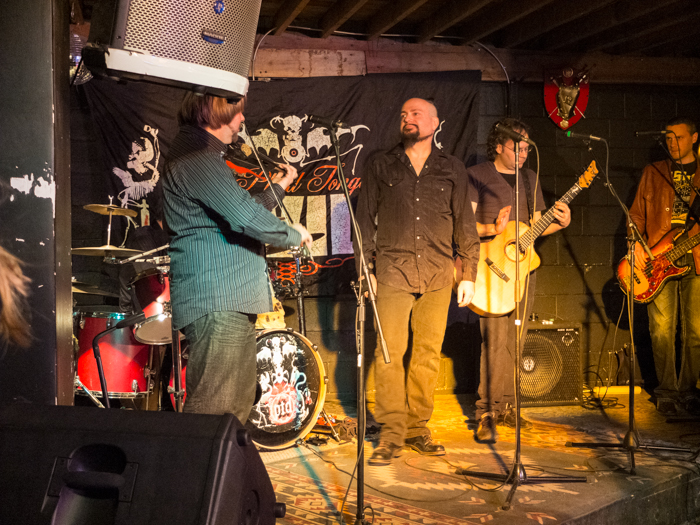 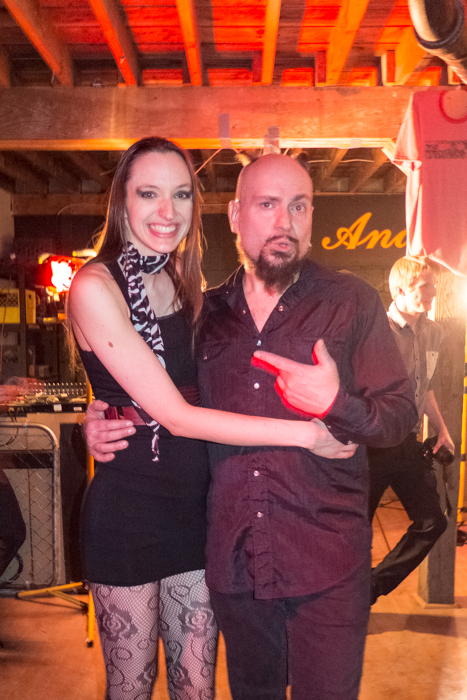 By the end we felt like we had been dancing through a full concert because the lights had made us so sweaty. But SO MUCH FUN! We were so buzzed after. It was finished an hour earlier than expected so we still made it home at a reasonable hour.

Here is the final product from the video shoot!