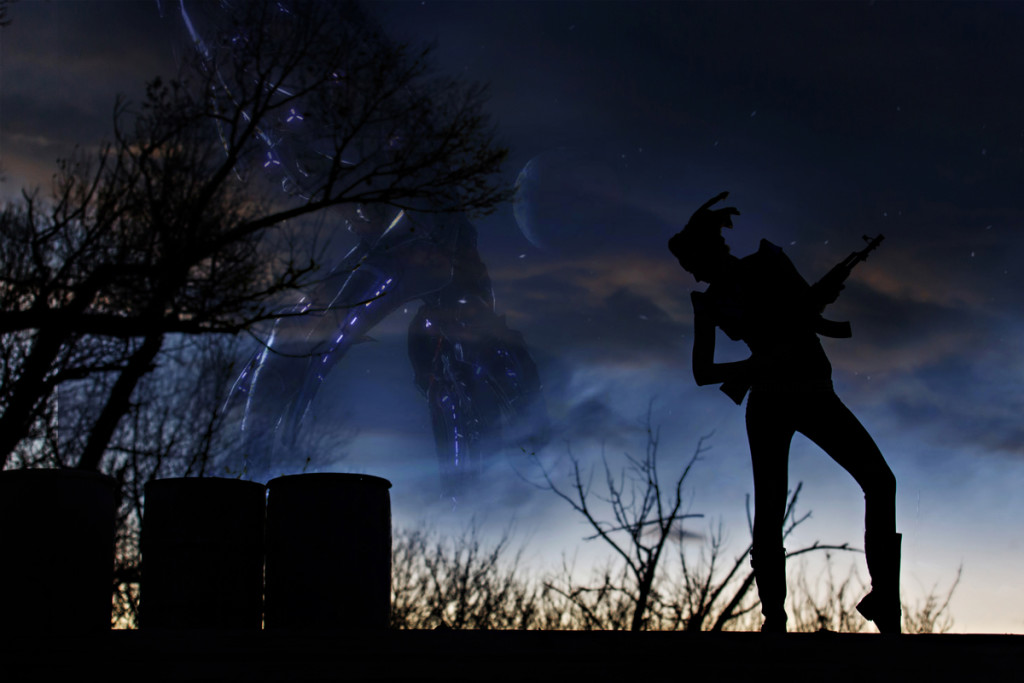 Mass Effect is one of my favorite video games of all time and after finishing the series, I knew one day I would need to do a photoshoot inspired by it! I wanted to pay tribute to my favorite character, Garrus, and decided to do a Turian-inspired (but still very human) theme involving his trademark blue colors.

Lorelei Hoffarth did an amazing job capturing the video game feel we were going for and made the brilliant suggestion of using Park Lake Paintball as our war-torn location.

Hair and makeup were a huge part of this project and each part took over an hour. The super detailed face painting was done by none other than Katt Panic (check her out on Facebook!) and the awesome head crest made entirely out of my own hair (and a bit of cardboard for support) was done by Jenn Burton (whom you should also check out on Facebook!).

I set out with Lorelei and Dina (as lighting assistant) after the girls worked their makeup/hair magic for our chilly but perfect evening shoot.

Lorelei gave me the daunting task of editing her own photos (seeing as how she probably had no idea what a Reaper is or why it should be in a photo), so the digital edits in these were done by me with the exception of #2, #3, and #7, which were done by Lorelei. 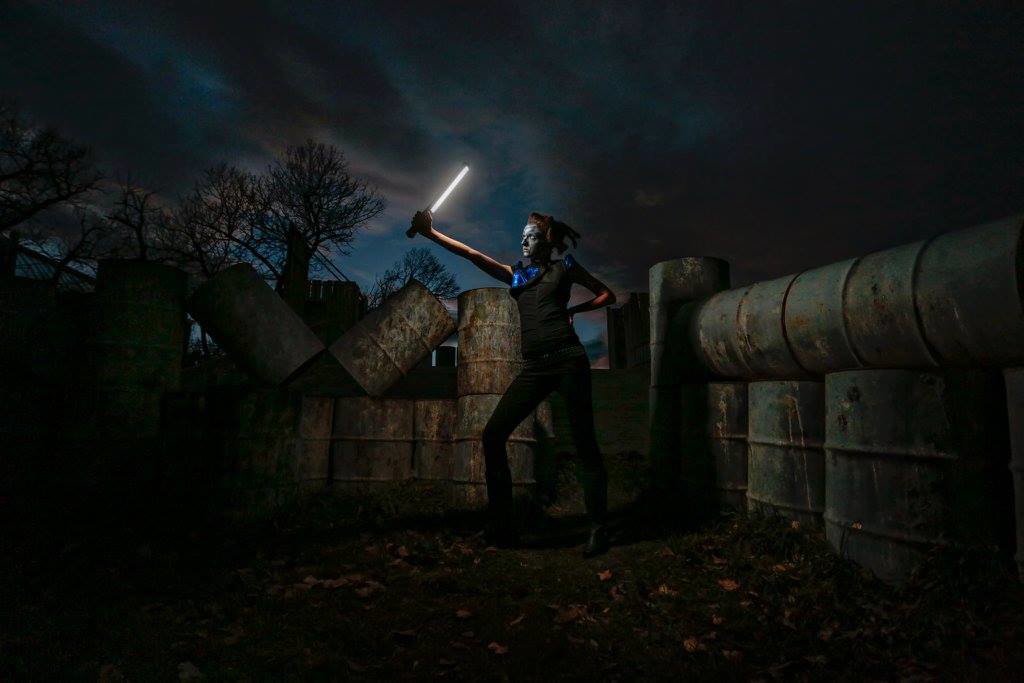 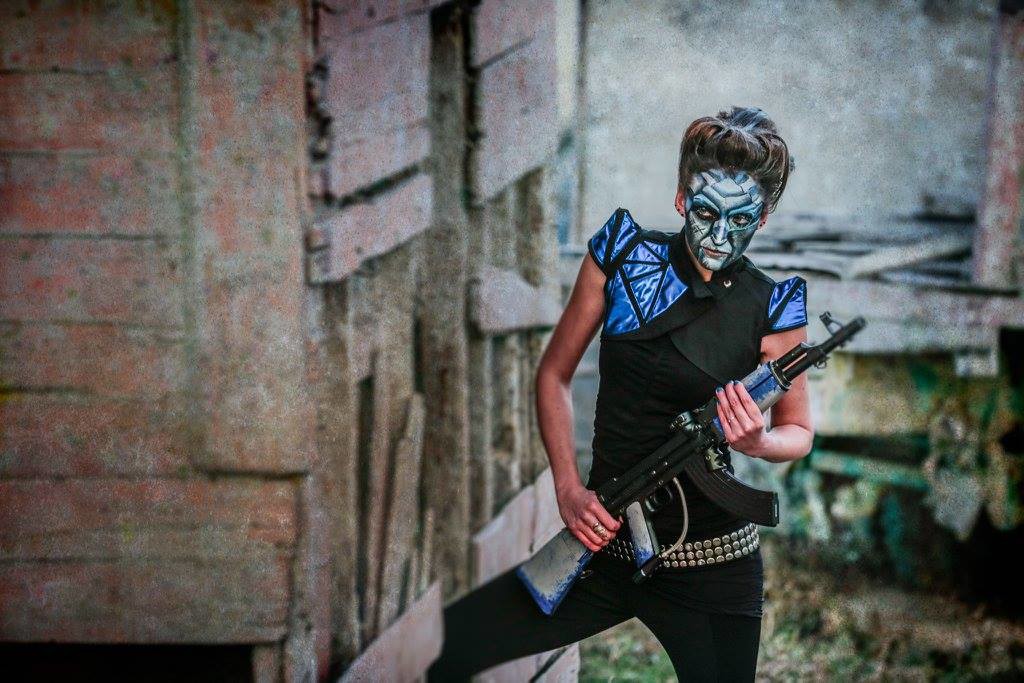 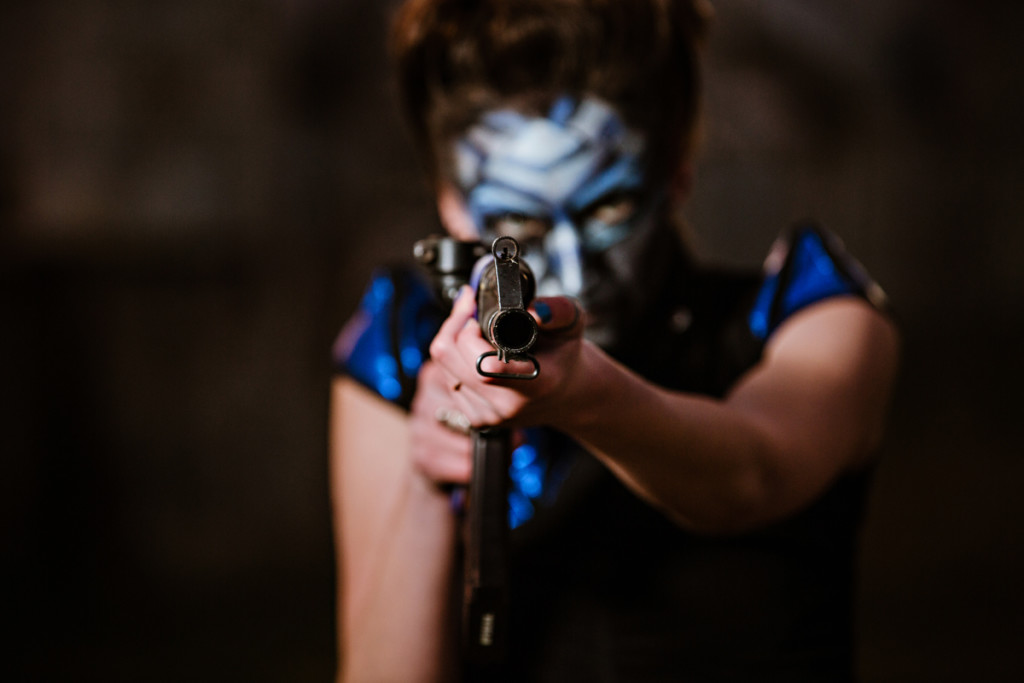 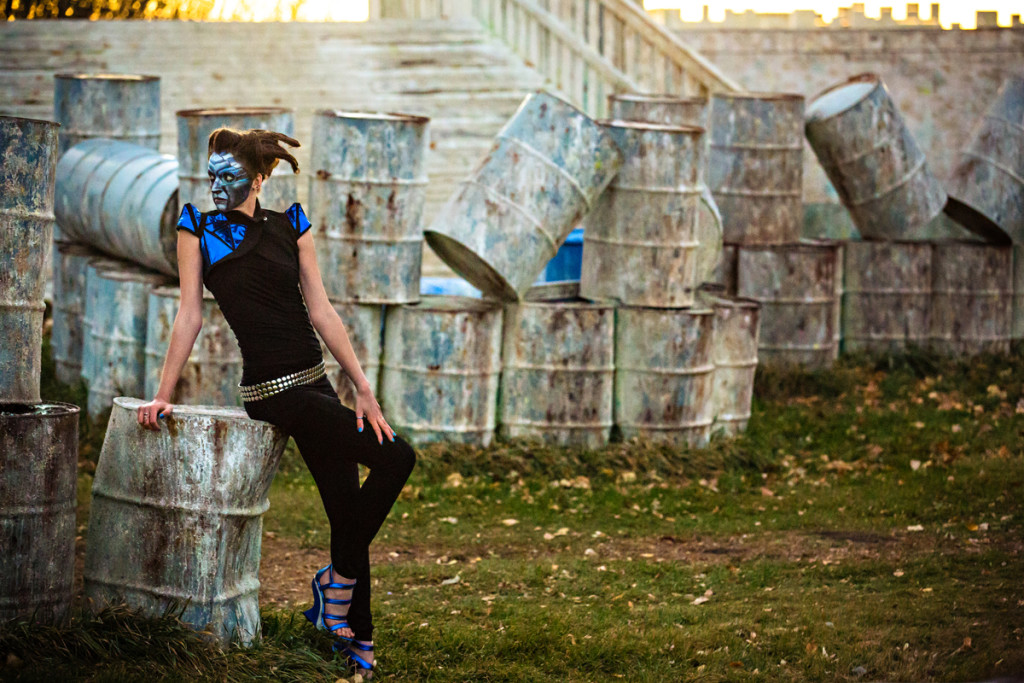 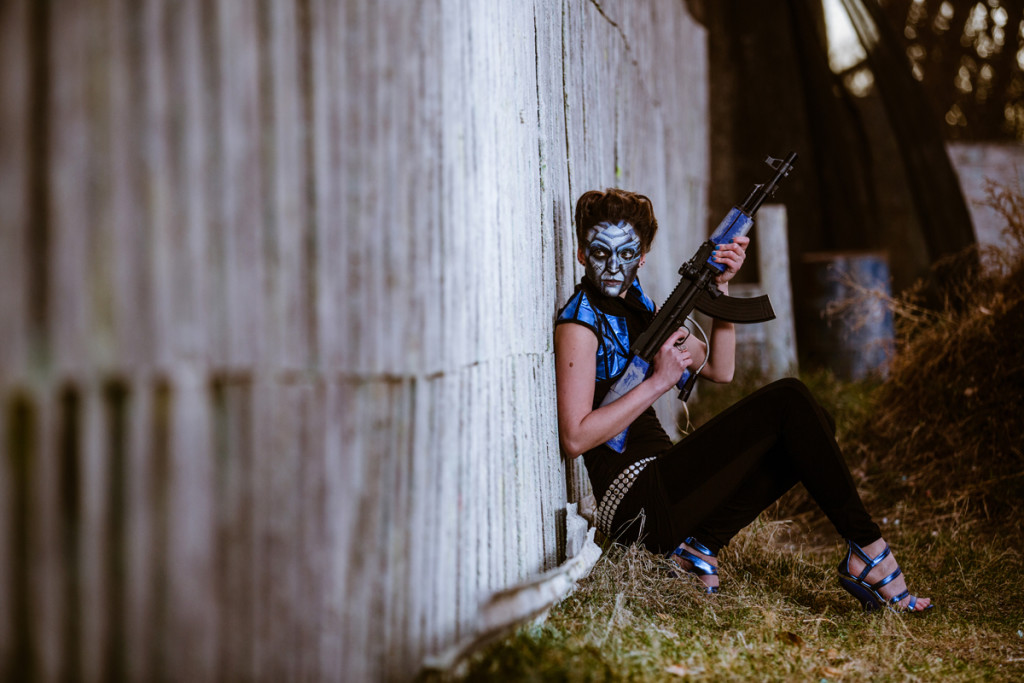 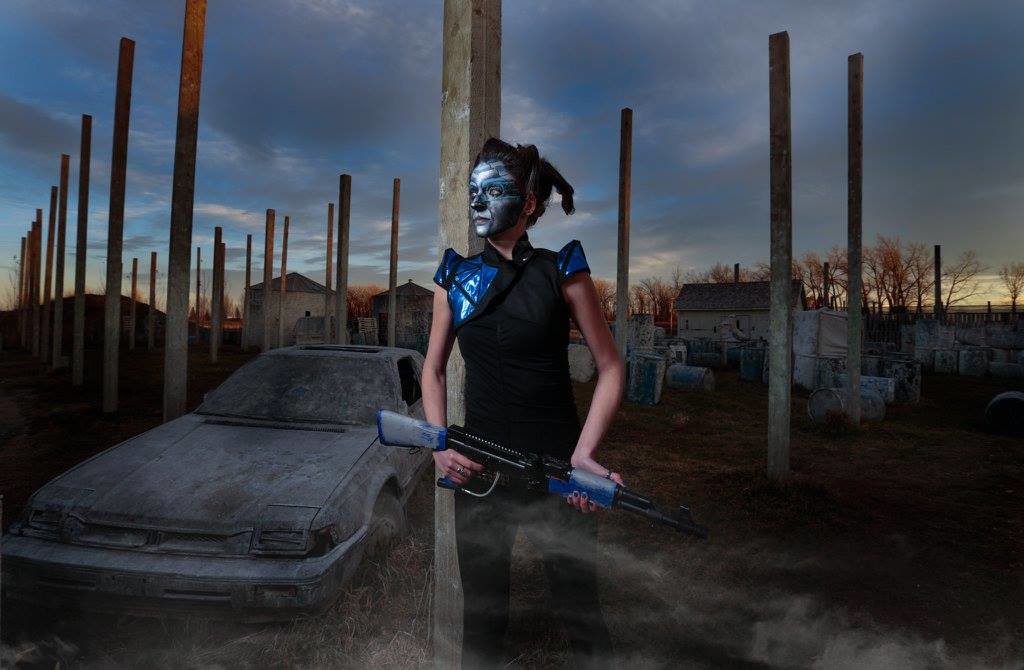 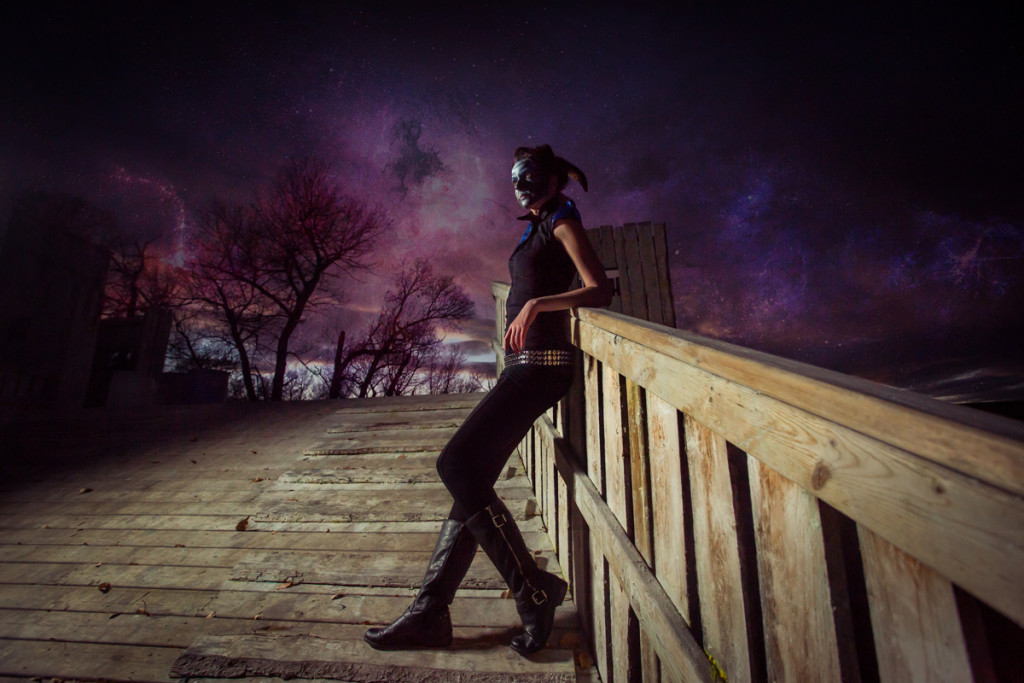 After fighting Reapers, we headed to the Citadel 🙂 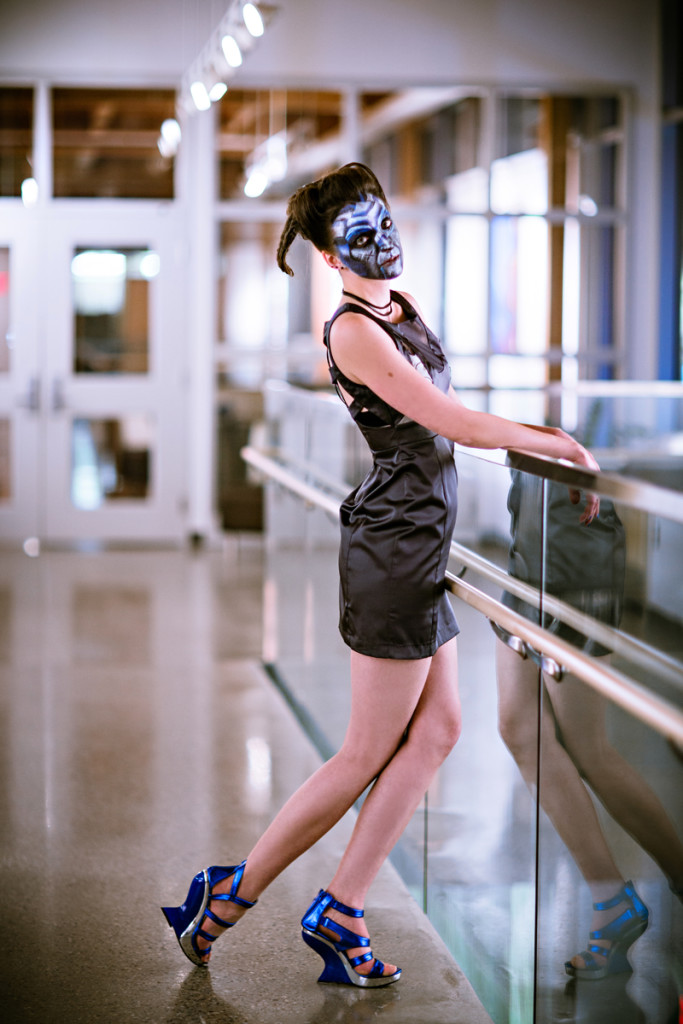 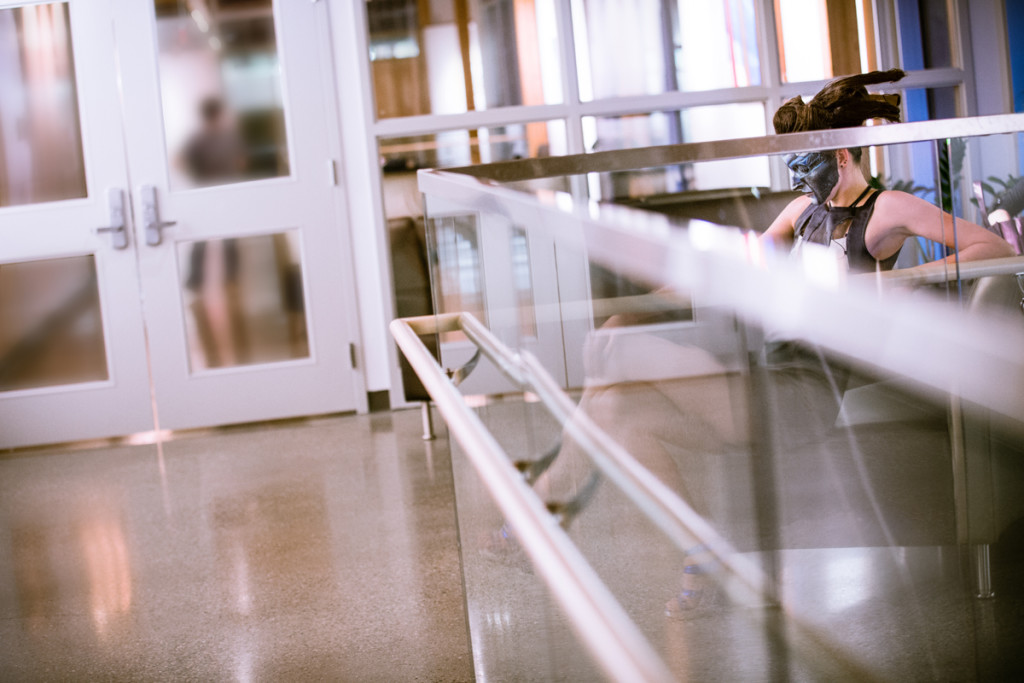 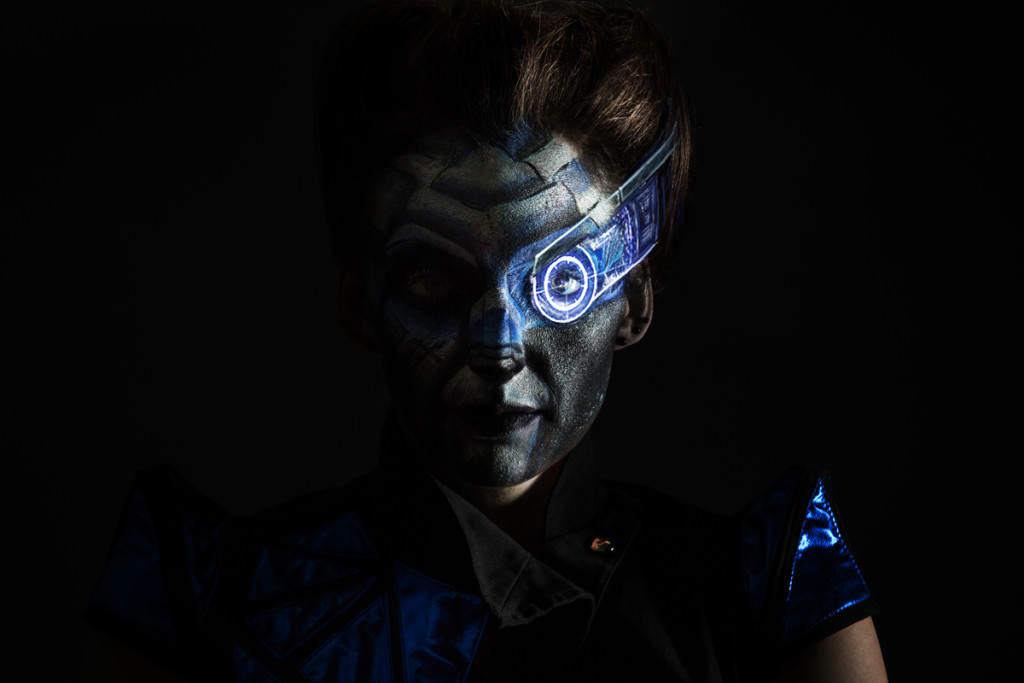